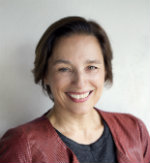 Karin Schreiner is an Intercultural Trainer and Coach. Her specialization is facilitating individuals working in an international environment on strategies to effectively accomplish their business objectives. Karin has expatriate experience in the Czech Republic, India, Belgium (each for three years), five years in Finland and one year in China. She worked at International Schools in New Delhi, Brussels and Helsinki in the Language Department. In Shanghai she collaborated with a Chinese language school to set up intercultural programs. For the past 11 years Karin has been delivering intercultural programs (pre- and post-departure, management across cultures) for expatriates and international teams in multiple industries. Since 2007 she owns her own company “Intercultural Know How – Training & Consulting” providing intercultural training and coaching for global leaders and international teams for corporates, education and health. Karin holds a PhD in philosophy and social anthropology from the university of Vienna, Austria, a MA in Intercultural Competences from the Danube University Krems, Austria, and she is a certified coach (Konas Consulting Vienna). Her native language is German, she is fluent in English and French. She published several books on intercultural topics such as Going abroad with the Family (2009), Values across Cultures (2013), Bicultural Couples (2015), and Cultural Diversity in the Workforce (2017).